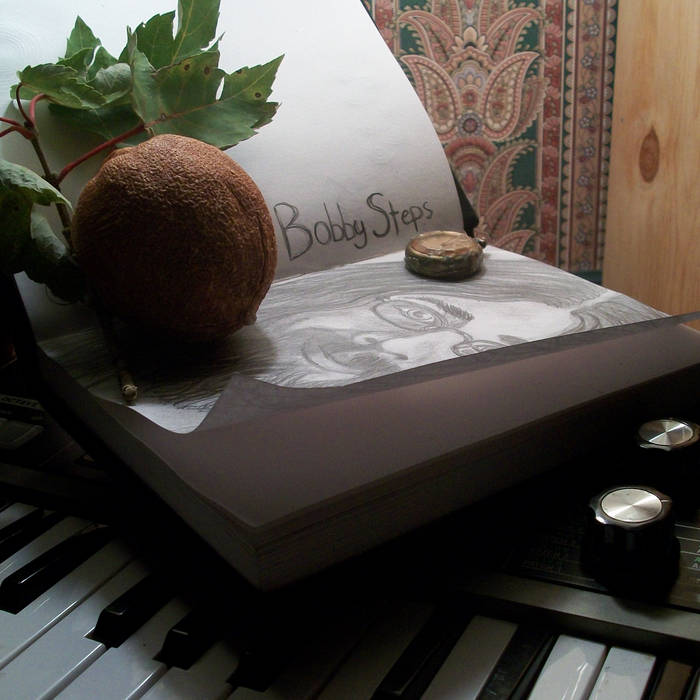 Cody Maria Bobby Steps into your ears like a mystical hummingbird vibrating with funky, soulful, emotive melodies that cause the heart and soul to comingle in an display of cosmic intercourse beyond the likes of anything history has seen thus far. This work of evangelical art brings to us into harmony with that which makes us whole. Stoke the fire while the embers are hot or it will burn out baby, like it or not! Favorite track: Something Has Changed.

Soluna's Intimum Mysterium This guys has serious soul... love it!

KAI WANDRES how truly cool is this, you yes you ...put on the headphones and follow the words you will thank me ,not just Flying Lion Favorite track: This is Supposed to Hurt.

Pisceansphere Where to begin.
Bobby once again shinning love with clever frequency movements.
This is my favorite collection by this cat. Such heartfelt vibes. Front to back this release is something extraordinary. <3

"This is the single greatest record ever created. Life changer. I cry even just thinking about it. One day, when another solid gold record is sent into outer space, it will be this record. It will teach the aliens all they need to know about the human race. There's Bobby Steps, and then there's the rest of music."
Rating: 10/10

"Bobby is such an asshole. He needs to get over himself and stop being such a loudmouth. Maybe he should spend more time alone, or at least go back to singing about the trees. Overrated, mediocre at best."
Rating: 2/10

"I want this playing on repeat throughout my wedding, my honeymoon, and my funeral."
Rating: 10/10

"This album made me quit crack cold turkey. Erothyme is my drug of choice now. I would be dead by now if it wasn't for this music."
Rating: 12/10

"This new album started out alright. The noodles were certainly adequate, both firm and flexible. Wasn't a fan of the sauce, I feel it drowned out most of the texture. I also feel that sneaking in magic mushrooms without a warning was in poor taste (no pun intended). Also, too salty. Overall I think I will be taking my business to another restaurant."
Rating: 5/10

"I want to warn everyone reading this that Bobby is an evil wizard, hiding behind the disguise of a sensitive young man with feelings. This album was clearly ghost produced, and mixed on a Ouija board. Turn away now while you still have your soul!!!"
Rating: 666/10

"Long, long ago, in a galactic supercluster far far away, a hastily concocted blend of white-boy vocals, digital flatulence from a cheap synthesizer, and the moist sound of spider eggs falling out of the anus of a corpse sweetly caressed my ears into a simultaneously angering and nauseating mixture of loathing, arousal, and shame... Well done."
Rating: 3.14159/10

"I bought this album thinking it was going to be like "Circadia" - so I held out on listening to it until the next time my girlfriend and I were in the bedroom. A half hour later, we broke up and she won't talk to me anymore. Thanks a lot, Bobby."
Rating: fuck you