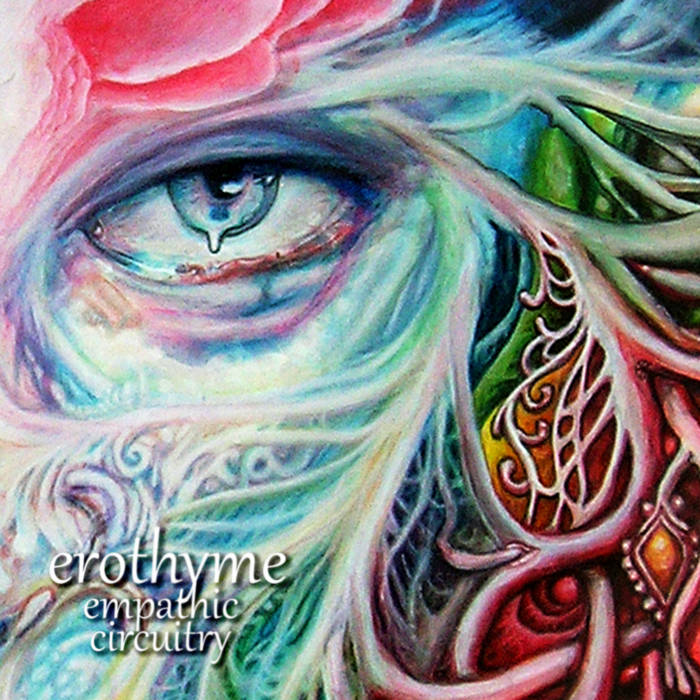 Empathic Circuitry marks the launch of the Perpetual Victory Machine and the 37th opus of the interstellar light-lion and Bardo-bard Bobby Blessed, who you may know as Erothyme, the Ambassador of the Space Funk and recently-ordained Minister of Future Soul.

This album emerged ceremoniously from the Aether as a result of the ongoing resplendent return of the rapturous and elusive all-present Muse. It takes a special kind of soulful jam to bring tears to robot eyes or to resonate with the nuances of extra-terrestrial hearts. Knowing this, in an effort to transcend the digital decadence detection disparities between listeners with differing fundamental metaphysical axioms or celestial origins, respectively, Jah West called upon allies from several worlds to assist him in his recording artisan quest before he liberally doused this collection of sonorous synthesizer symphonies in multiplicitous melting layers of homebrewed extra-sultry sentimental sweetsauce. Particularly rigorous attention was directed to the mind-matter connection through the use of highly sophisticated manual melodic manipulation interfaces known as keyboards. This technology seamlessly synchronizes electronic and kinesthetic information, ensuring that the resulting stereophonic journey is not only heady enough to elevate the vibes, but also hearty enough to keep you warm all through the long dark night.

These are love songs; they are messy and beautiful.
As such, they are not so different from you and I.

May your Third Ear take flight on shiny silver wings.
Many blessings from the Hummingbird Tree.

He who binds to himself a joy
Does the winged life destroy;
But he who kisses the joy as it flies
Lives in eternity's sunrise.
- William Blake

All tracks produced, mixed, and mastered by Bobby West
All music by Bobby West except where otherwise accredited.
erothyme.net